Employment Law refers to the broad area of law which governs all aspects of the employee-employer relationship. 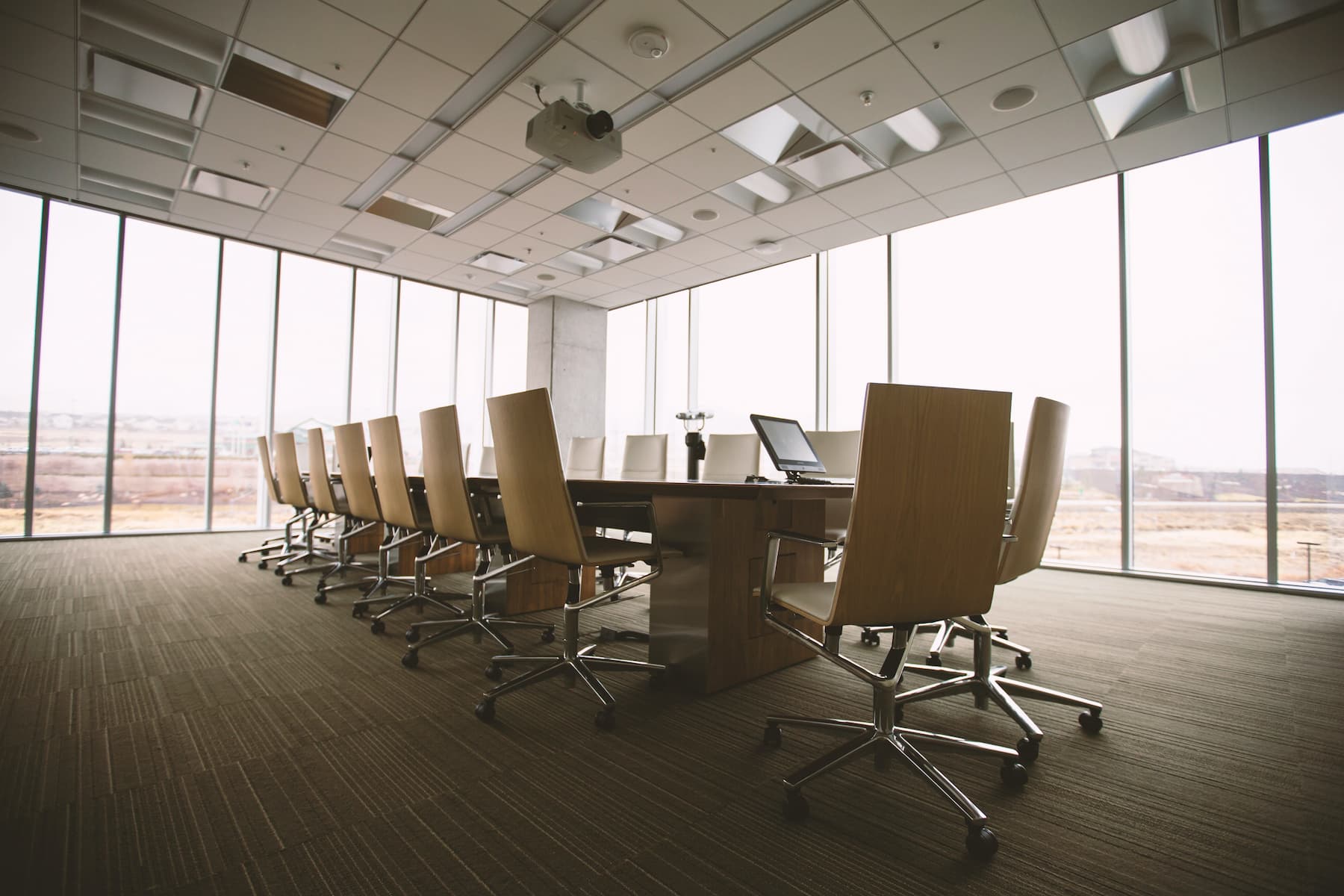 What is Employment Law?

The term Employment Law refers to a broad area of law which includes all aspects of the employee - employer relationship. It includes thousands of federal and state statutes, regulations, and judicial decisions, and at times it can be quite complicated.

So whether it’s how much sick leave you are entitled to or laws governing harassment in the workplace, many things fit under the umbrella term of Employment Law.

You’ll probably be given a lot of documents when you start a new job, some that you’ll be asked to sign and others that you won’t. One of the most important of these documents is an Employment Agreement, which represents your contract with your employer.

Oftentimes Employment Agreements are written contracts that you sign, but they can also be based on oral statements or implied through conduct. The most conventional example is a written document that sets out the key terms of your employment, basically detailing the rights and responsibilities you and your employer each have.

Examples of the key terms often included in Employment Agreements are:

Your Employment Agreement may also cover such topics as confidentiality obligations or non-compete agreements, as well as whether you are an at-will employee (more on this below).

Keep in mind, though, that some key information you’ll care about may be addressed in other documents. For example, how many vacation days you get each year or details about parental leave might be contained in documents such as your employer’s policies or an employee handbook.

Even if you did not sign a written contract when you started working, there may be an oral or implied agreement between you and your employer. For instance, if your employer promised to pay you a certain salary, or to employ you for a certain period of time, these promises can be legally binding even if they are not written down.

An implied agreement might also exist based on the conduct of you and your employer.

Now that does not mean that you need to show up to work every day afraid that your job is on the line. But, it is an important dynamic to be aware of if you are an at-will employee, which many people are.

Additionally, an employer cannot fire you as retaliation for certain protected conduct such as making a harassment claim or reporting public health and safety violations at your company.

If you have been fired for any of these reasons, you may have a claim for wrongful termination.

Examples of wrongful terminations include:

If you have been wrongfully terminated, you may be entitled to damages including: backpay, reinstatement, compensatory damages, punitive damages and attorney’s fees. (“Damages” really just means money in this context).

There may be important deadlines and procedural requirements involved in pursuing your claim. For instance, if you think you were wrongfully terminated due to discrimination, you typically have to file a complaint with a government agency (such as the EEOC) before you can sue your employer in court. (More on this in our Employment Discrimination section below).

Let us find you the right lawyer at the right price.

State and federal law prohibit discrimination against employees on the basis of:

The Equal Employment Opportunity Commission (EEOC) is responsible for enforcing federal laws prohibiting discrimination. It has authority over any employer with 15 or more employees as well as all federal agencies.

Many states also have their own anti-discrimination laws, and their own state agencies that enforce those laws. State laws often apply to even more employers than are covered by federal law. (For instance, for all employers with five or more employees, not just 15 or more).

There are key procedural requirements and deadlines to keep in mind for employment discrimination claims. For instance, if your employer is subject to EEOC authority, you must file a claim (called a “Charge of Discrimination”) with the EEOC before you file a lawsuit in court.

Additionally, the EEOC requires that a claim be filed within 180 days of the day that the discrimination took place, though the deadline may be longer for certain state agencies.

More information on how to file a claim with the EEOC can be found here.

Harassment is considered a form of employment discrimination and is not allowed in the workplace. Sexual harassment is one of the common forms of unlawful workplace harassment, but there are other types as well.

Illegal workplace harassment occurs whenever an employee endures severe or pervasive treatment based on a protected characteristic (such as race, color, religion, age, sex, gender identity, or disability) that creates a hostile work environment. Additionally, if you have to endure the offensive conduct in order to maintain your employment, that is unlawful harassment.

Small annoyances and isolated incidents are generally not enough to push conduct over the line to being unlawful. So that coworker who microwaves fish in the break room, or one mildly offensive joke? Probably doesn’t rise to the level of illegality, however wrong such conduct may be!

But, the more serious the conduct or the more frequently that it happens, the more likely it is to be found to create a hostile work environment.

Keep in mind that anyone affected by the conduct, and not just the person who is harassed, can be a victim.

The good news is that you are entitled to whatever is highest between the federal, state and local minimum wage where you work. Information on state minimum wage laws is available here.

But not all workers are covered by minimum wage laws. For example, these laws generally apply to employees but not independent contractors, and they do not cover all employees.

One of the main exceptions is employees who receive tips. Under federal law, employers can pay these workers much less than the minimum wage, as long as their hourly wage plus their average earnings from tips are at least as much as the minimum wage.

Basically, your wages can be lower, but only if your tips make up the difference. Some states still require employers to pay these employees the applicable minimum wage regardless of what they make in tips.

Other categories of workers who are excluded from minimum wage laws include:

If you have questions about minimum wage laws or think your employer may have misclassified you as an independent contractor, it may be worth speaking with an employment lawyer.

You work a lot. Are you entitled to overtime pay? It depends.

If you work more than 40 hours in a week - or in some states, more than eight hours in a day - you may be entitled to “time and a half” for those extra hours you work.

Not all employers are required to pay overtime, though. The two key questions are:

The FLSA covers employers that have more than $500,000 in annual revenue, or that engage in interstate commerce. Information on state overtime laws is available alongside state minimum wage laws here.

All that really means is that there are exceptions to who gets overtime pay, and the so-called exempt employees are the exceptions. Some of these exceptions include:

If you lost your job through no fault of your own, you are not alone. Historic numbers of American have lost their jobs recently.

To help you through a period of unemployment, you may be entitled to cash benefits through unemployment insurance in order to get through these tough times if you meet certain other eligibility requirements.

For more detailed information, check out our article on whether you qualify for unemployment benefits. But here are the basic elements you need to know.

The Basics of Unemployment Insurance Eligibility

Every state has its own unemployment insurance program and the eligibility requirements vary, but typically you qualify if:

Keep in mind that you are required to be able and available to work, as well as actively seeking employment in order to qualify under most state programs.

“No fault of your own”

In most states, being unemployed “through no fault of your own” basically means that you were let go because there wasn’t enough work to go around. The key issues people might run into are:

The base period in most states is the first four out of the five most recently completed calendar quarters. For example, if you apply in March 2021, the base period would be October 1, 2019 through September 30, 2020.

To learn more about the work and wage requirements in your state, more information about the programs in each state is available here.

Most employers offer paid vacation days even though they aren’t required to by law.

And since they’re not legally required to offer paid vacation, employers have a lot of flexibility over their vacation policies. In fact, employers are pretty much free to decide how many vacation days they want to offer and which employees get paid vacation time at all.

As long as they do not illegally discriminate between employees - for instance, based on protected traits such as race, gender, or religion - employers are allowed to offer vacation days to some employees and not to others. One example might be offering paid vacation to full-time employees but not to part-time employees.

Employers are also free to:

The main legal limitation on how employers set their policies is that some states prohibit so-called “use it or lose it” policies. In these states, vacation time must be paid out (basically as a form of earned wages) when an employee quits or is terminated.

And keep in mind that a company may have a policy of paying out unused vacation days at the end of an employee’s tenure even if it is not required to by law.

Sometimes life throws you a curveball and you need some time away from work. The Family Medical Leave Act (FMLA) is a federal law that applies to companies with fifty or more employees and allows eligible employees to take unpaid leave for qualifying reasons.

Qualifying reasons for a leave of absence under the FMLA include:

In order to qualify for FMLA leave, you have to meet certain eligibility requirements, such as:

And if you qualify, your employer is prohibited from discriminating or retaliating against you for exercising your right to take FMLA leave.

If you’ve been hurt or gotten sick on the job, you may be entitled to workers’ compensation.

Workers’ comp is a state-mandated program that requires employers to carry insurance in case their employees get injured or sick from a work-related cause. (The federal government also has a separate workers’ comp system which mostly applies to federal employees).

Because it is a state-mandated program, the details and requirements vary by state. Contact your state’s workers’ comp office (details available here) for the most up to date information about the details in your state.

The amount of weekly compensation you are entitled to depends on whether your injury is considered permanent or temporary, and whether it is considered total or partial.

Depending on these classifications, your weekly compensation is calculated based on your average earnings prior to the injury, discounted by your current earning capacity (if you have a partial as opposed to total disability). Most states have set a maximum weekly benefit at about $1,000 per week.