What is sole custody?

Wondering what "sole custody" means? Read on for everything you need to know about what sole custody is and how it works. 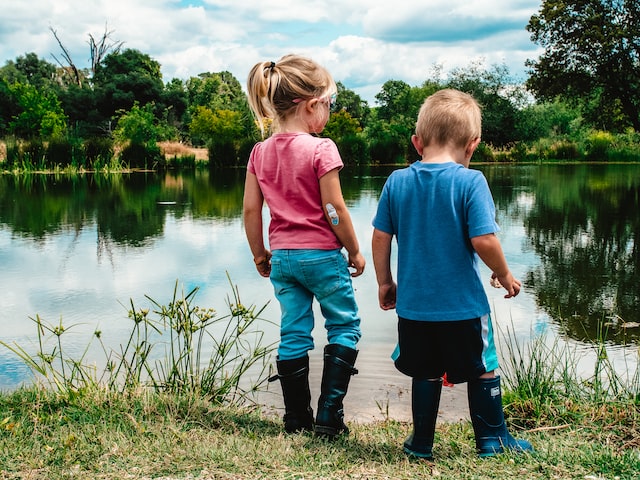 Have questions about what sole custody means? This article will define sole custody and then explain everything you need to know if you are wondering about the difference between sole custody vs joint custody.

What is sole custody?

Sole custody defined: Sole custody refers to a child custody arrangement in which one parent may have sole physical custody, sole legal custody, or both.

In this article, we'll explain the different types of sole custody and the factors that courts consider when deciding whether to grant sole custody to a parent.

So consider speaking with a child custody lawyer if you have questions about the relevant rules in your state.

What are the different types of child custody?

As noted, the laws and terminology will vary by state. But generally, there are two main distinctions to be aware of in child custody arrangements:

What is the difference between legal custody and physical custody?

Legal custody refers to a parent’s right to make decisions about a child's upbringing, including on issues like:

Physical custody refers to who a child lives with. If the child primarily lives with one parent, that parent is known as the "custodial parent," and they are responsible for providing a home for the child.

As noted, the other primary distinction in custody arrangements is between sole and joint custody. As you might expect, the difference is whether one parent is awarded custody (sole custody) or whether custody is shared between the parents (joint custody).

While it may seem like there are a limited number of ways custody can be awarded, the specifics of custody arrangements can vary greatly to reflect a family’s circumstances.

What is the difference between sole legal custody and sole physical custody?

In the context of child custody, "sole custody" refers to a situation in which:

Sole legal custody means that one parent has the right to make major decisions about a child's upbringing, including on issues such as:

If a parent is awarded sole legal custody, they are responsible for making important decisions about the child's welfare.

The other parent typically does not have the right to make decisions about the child's upbringing.

The other parent, known as the noncustodial parent, often still has visitation rights. Most state laws presume that visitation rights are appropriate in recognition that children benefit from time with both parents.

For instance, Ohio child custody laws presume that visitation rights–called “parenting time” in Ohio–are appropriate even if only one parent is granted physical custody, unless the noncustodial parent poses a significant risk to the child.

So, what happens if one parent is not awarded sole custody? The alternative to sole custody is joint custody.

In many states, joint legal custody is the preferred starting point for custody decisions.

As noted, most states’ laws typically acknowledge that children benefit from having both parents involved in their upbringing. And assuming parents can work together and communicate, joint legal custody simply continues the shared responsibility that the parents had prior to a child custody order.

Also, keep in mind that courts can and often do award joint legal custody even if one parent is awarded primary physical custody. Practically speaking, the custodial parent may make certain routine or emergency decisions on the child’s behalf even if the other parent shares legal custody.

But generally, many parents share legal custody and responsibility for decision-making even if the child resides primarily with one parent.

Joint physical custody is not always possible, for instance if the parents live far apart or can’t get along. But whether through joint custody or visitation rights, courts will typically try to ensure that both parents get to spend meaningful time with the child.

How is sole custody determined?

There are two key points to keep in mind about how courts determine sole custody:

Typically, a court considers various factors when determining the best interests of the child, including:

The court may also appoint a guardian ad litem (GAL) to represent the child's best interests in the custody case. The GAL may conduct interviews with the parents, the child, and any other relevant parties, and may also review any relevant documents or evidence.

The GAL's recommendations will then be taken into consideration by the court when making its custody determination.

In some cases, the court may also order the parents to attend mediation in an effort to reach a custody agreement without the need for a trial. And the best outcomes often result from parents reaching an agreement rather than having a judge decide such important and personal matters for their family.

But if the parents cannot agree on a custody arrangement, the court determines custody of a child based on their best interests.

How can a custody arrangement be modified?

Suppose one parent has been granted sole custody. Could the custody arrangement be modified?

Yes, custody arrangements can be modified if the circumstances of the parents or the child change.

Reasons for modifying a custody arrangement

There are several reasons why a custody arrangement may need to be modified. Examples include:

The key theme is that a custody arrangement can be modified if there has been a significant change in circumstances that affects the ability of the parents to follow the existing agreement or if the current agreement is no longer in the best interests of the child.

What is the process for modifying a custody arrangement?

If you want to modify your custody arrangement, there are a few steps you can take:

Discuss the issue with the other parent

If you and the other parent can agree on the changes you want, you can create a new custody agreement together. You can then submit the proposed modifications to the court for approval.

File a petition with the court

If you cannot agree with the other parent, you can file a petition with the court requesting the modification. This typically involves submitting a written request to the court, which outlines the changes you request and the reasons for the modification.

At the court hearing, both parents will have the opportunity to present their arguments and any evidence regarding the proposed modification to the custody arrangement.

The final word on sole custody

So, what is the meaning of sole custody?

Sole custody is a child custody arrangement where rights and responsibilities are awarded to a single parent.

If you have questions, it may be worth speaking with an attorney. And here are the key questions to ask a child custody lawyer when you first meet.