How does spousal support (or alimony) work in Ohio?

Have questions about how spousal support works in Ohio? We cover everything you need to know here. 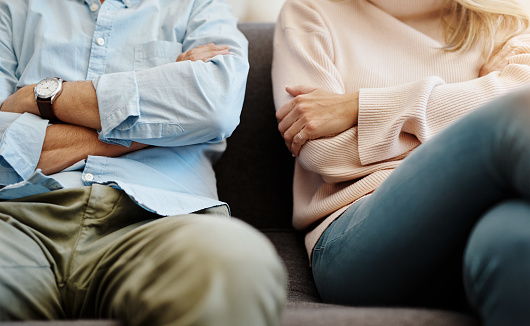 If you’re wondering how alimony works in Ohio, then the first thing to know is that alimony is called “spousal support” in Ohio. In fact, the term spousal maintenance has largely replaced “alimony” across the U.S., but all three terms generally refer to the same thing.

Whatever it’s called–spousal support, alimony, or spousal maintenance–if you’re going through a divorce in Ohio, you probably have a lot of questions as you navigate a stressful and challenging time. This article covers everything you need to know about Ohio spousal support including what spousal support is, how it’s calculated in Ohio, and other key details you should know.

What is spousal support?

Spousal support, or alimony, is a payment that one spouse makes to the other to provide financial support during a separation or following a divorce.

Spousal support payments are aimed at helping both spouses continue living at a standard similar to the one they lived at during the marriage.

As mentioned, the term “spousal support” has replaced “alimony” in Ohio.

When is spousal support awarded in Ohio?

Spousal support is considered during:

Courts can award Ohio spousal support in two ways: temporarily while the divorce lawsuit is pending or permanently after a judgment of divorce and only after property is divided. (For more info about how Ohio courts divide marital and separate property during a divorce, check out our Ohio Divorce FAQ).

Who gets alimony in a divorce in Ohio?

What are the different types of spousal support in Ohio?

Temporary support is just what it sounds like – temporary financial support to help one spouse make ends meet during the divorce, separation, or dissolution process.

Temporary spousal support is typically ordered in Ohio when one spouse cannot be financially independent throughout the duration of the court process.

Keep in mind that the amount of temporary support may be very different from the court’s final judgment, and an order of temporary spousal support does not guarantee there will be an order for permanent support.

When deciding whether to order short or long-term support, the court will look to various factors, including the length of the marriage. A key consideration, though, is whether–and how quickly–the spouse receiving maintenance payments can become financially independent.

How is spousal support paid in Ohio, and how long does it last?

So how long does spousal support last in Ohio? And what is the structure of those spousal maintenance payments? Let’s start with the structure first, which can impact the duration.

Structure of spousal support in Ohio

Spousal support can either be one lump-sum payment with no ongoing support or a periodic, steady flow of installments as ordered by the court.

Periodic payment installments, which are more common than one gross payment, can be either short-term or long-term depending on the factors in each specific case. Long-term spousal support is typically awarded in cases with lengthy marriages. Short-term spousal support, meanwhile, is more common for spouses who are capable of becoming financially independent.

Payments can be made with cash, or with either personal property or real property.

Real property includes permanent structures, including land, that are not mobile or moveable (think homes and real estate). Personal property is any tangible thing subject to ownership (think all other “things,” with some exceptions). These types of payments might occur in the case of lump-sum payments.

When does spousal support begin and end in Ohio?

Permanent spousal support, as noted above, is not necessarily permanent. Spousal support payments can continue:

Spousal support, both temporary and permanent, will terminate if either spouse dies (unless the judgment states otherwise). Additionally, spousal support commonly ends when:

How is spousal support calculated in Ohio?

In Ohio, calculating spousal maintenance is up to the court’s discretion. There is no clear, specific test to determine whether spousal support will be granted in the first place, or what the specific nature, amount, terms, or duration of any payments should be.

Although there is no bright-line rule for calculating spousal support, courts in Ohio may consider 13 specific factors in making an award:

And, per Ohio law, the court may consider “any other factor that the court expressly finds to be relevant and equitable.”

Additionally, Ohio law requires that each spouse be considered to have contributed equally to the production of marital income (i.e., income and property acquired during the marriage). For example, if one spouse works outside of the home while the other takes care of the home or children, each spouse is assumed to have contributed equally to the marital income.

Although the above factors are considered in determining spousal support, they are not weighted in any particular way. Courts in Ohio have ultimate discretion to determine the structure of a final award, including the amount and duration.

Reaching your own spousal support agreement

If possible, the best solution may be for you and your spouse to agree on a reasonable amount and duration for support payments amongst yourselves. Doing so can avoid emotionally-charged legal fights and save you time and money.

Reaching your own agreement with your spouse also allows you to control the process and the outcome. Otherwise, you leave it to the court's discretion and must abide by whatever the judge decides, with the accompanying legal responsibilities and punishments.

Unlike spousal support, which only requires one spouse to financially support the other, child support requires both parents to provide for the minor until the minor reaches 18 years old.

Factors that impact child support calculations in Ohio include:

Child support must be calculated under Ohio child support guidelines. Among other factors, the primary consideration when considering child support is the best interest of the minor.

Changes of circumstances that warrant modifying spousal support may include:

If the original court order includes a modification provision, either spouse can request modification. If you believe there has been a change significant enough to modify the previous spousal support order, you must file a motion with the court to start the modification process.

But remember, these factors must be substantial enough to make the original spousal support order no longer reasonable and appropriate.

FAQs about spousal support (or alimony) in Ohio

How much spousal support will I get in Ohio?

As noted above, how much spousal support you will get in Ohio is up to the judge's discretion and therefore hard to accurately predict.

The court will look to factors such as the duration of the marriage, both parties' income and relative earning capabilities, and the standard of living established during the marriage. You can find more details on the factors courts consider as laid out by Ohio law, but remember that the judge has ultimate discretion in determining an award of spousal support in Ohio.

Does permanent spousal support in Ohio ever end?

“Permanent” spousal support is not necessarily permanent. Spousal support, both temporary and permanent, will terminate if either spouse dies (unless the judgment states otherwise).

How will I receive Ohio spousal support payments?

The court will specify whether the spouse providing support will pay a lump-sum with personal or real property, or pay with periodic installments over a specific amount of time, which is typically more common. Real property generally refers to land and real estate, whereas personal property refers to most other tangible things subject to ownership.

Also, Ohio courts can issue an “income withholding order” to the employer of the spouse paying support which means the required payment amount will automatically be taken out of the paying spouse’s paycheck.

What if my spouse fails to pay support?

If a spouse fails to pay their court-ordered support, the recipient spouse may file a contempt motion to get the court’s help. If the court finds the paying spouse guilty of violating the spousal support order, the spouse may face fines, garnished wages, tax refund offsets, or even jail time.

Do you have to pay taxes on spousal support?

For any spousal support arrangements established on January 1, 2019 or later, payments are not tax-deductible for the paying spouse. The recipient of spousal support also does not need to report payments received as income.

In Ohio, marital property is to be divided equally between the two spouses. Additionally, Ohio laws require each spouse to be considered to have equally contributed to producing and acquiring marital property. So, Ohio generally is a 50-50 state when it comes to divorce, unless the court determines that an equal division of marital property would not be fair for some particular reason.

Courts in Ohio will apply eight specific factors when making a division of marital property, including:

The final word on spousal support in Ohio

So how does spousal support work in Ohio? Let’s recap the key takeaways.

Spousal maintenance involves one spouse making payments to the other to help both spouses continue living a lifestyle similar to the one they lived at during the marriage.

Ohio courts consider a specific set of factors when determining spousal support, but the court has ultimate discretion on whether spousal support will be awarded at all, and if awarded, the specific nature, amount, and duration of that support.

Modifying spousal support arrangements is possible if there has been a significant change of circumstances since the previous court ordered arrangement.

But remember, if possible, the best solution is often to work with your spouse to reach your own agreement. Doing so allows you to shape your own outcomes and can help you avoid emotionally-charged legal fights as well as the time, money and headaches that come with them.